‘Snap Judgment – LIVE in LA’ presented by KPCC In Person 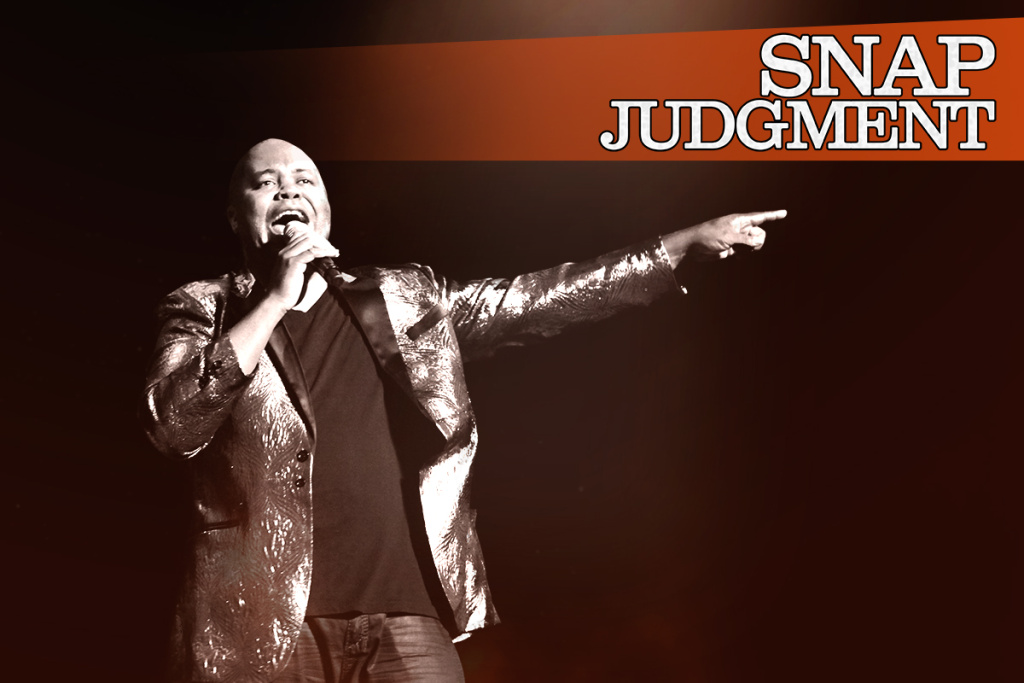 Audiences joined Snap Judgment host Glynn Washington and KPCC In Person on Saturday, November 17, at The Theatre at Ace Hotel. We brought a live taping of the hit WNYC Studios show that has been electrifying audiences nationwide since 2010.

Glynn Washington is the host and creator of “Snap Judgment” and has worked as an educator, diplomat, community activist, actor, political strategist, fist-shaker, mountain-hollerer, and foot stomper.

Don Reed is a former “Snap Judgment” storyteller of the year, and a comedian, producer, writer who has been featured on the “Tonight Show,” Pop-Up Magazine, and the Lin-Manuel Miranda series, "Bartett."

Katie Leavitt draws from a rich storytelling stew of time spent as social worker, an activist, and a comic.

Dino Archie is a writer, actor, and comic. He won first place in the Seattle International Comedy Competition and has appeared regularly on Comedy Central.

This event may include strong language and may not be suitable for all ages. Parental discretion is advised. Please e-mail events@kpcc.org if you have any questions.

Tune in to Snap Judgment weekly on 89.3 KPCC (Saturdays at 4pm). WNYC Studios' Snap Judgment is heard weekly on over 400 public radios stations, and downloaded over two million times a month.