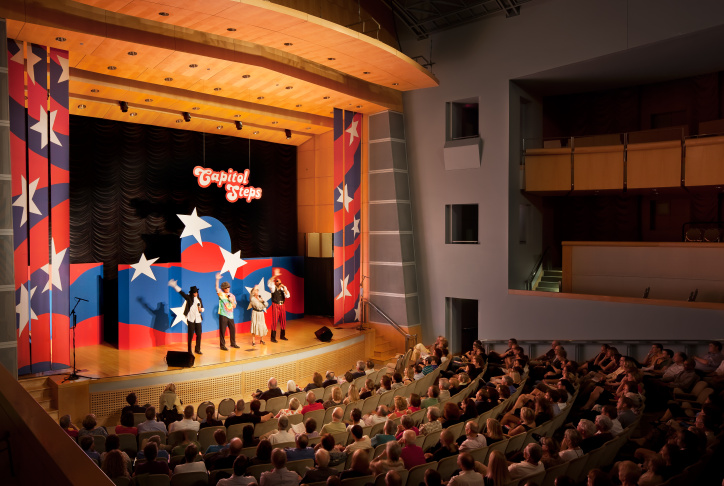 No matter what side of the political aisle you stand with, nobody is safe from the group that puts the "MOCK" in Democracy!

The Capitol Steps began in 1981 as a group of Senate staffers satirizing their employers, and the hilarious crew has been elevating political satire to an art form ever since. Before The Daily Show, Full Frontal, and The Colbert Report, this Washington, D.C.-based comedy troupe gave audience laugh cramps with their bipartisan lampooning.

Audiences joined KPCC In Person on May 4, when the troupe brought the latest edition of their musical and political comedy show to Pasadena. They featured afternoon or evening performances co-presented with Caltech at Beckman Auditorium.

If you've been keeping with the news, you know there's no shortage of material.

This event may not be suitable for all ages. Parental discretion is advised. Please e-mail events@kpcc.org if you have any questions.