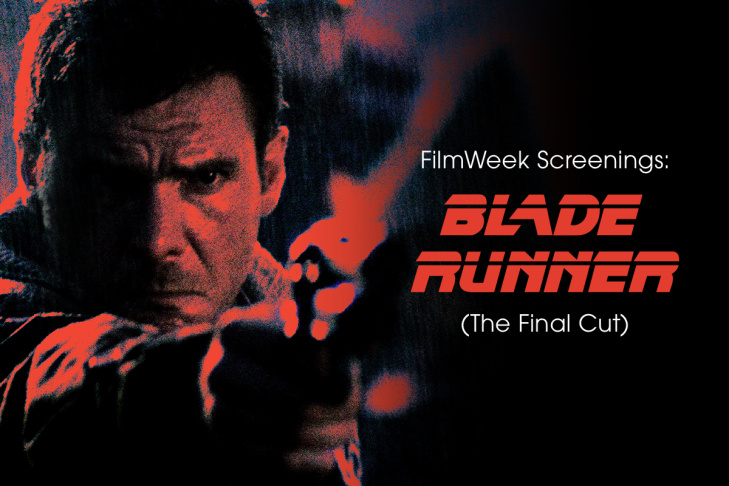 Ridley Scott’s future-noir sci-fi classic “Blade Runner” catapulted 1980s audiences to a dystopian 2019 Los Angeles, a moody and dark city awash with rain, neon, and mystery. Scott imagined an imposing corporate cityscape that is both an unsettling reflection and a beautiful showcase of our own real-life Los Angeles. The movie’s vision of the city served as a perfect backdrop for unforgettable performances from its cast, which included Harrison Ford, Edward James Olmos, Rutger Hauer, Sean Young, and James Hong.

It’s also one of Larry Mantle’s favorite films, and, on November 2, he returned to the Theatre at Ace Hotel for another installment of FilmWeek Screenings to showcase the movie and host a post-screening conversation with special guests.

“Even many of the most ardent fans of ‘Blade Runner,’ like myself, haven’t seen Ridley Scott’s final cut of the film on the big screen. I can’t wait to watch it with other fans on the giant screen at the Ace. Making it even more exciting, we’ll watch the movie in the same year in which it’s set. ‘Blade Runner’ is a landmark in science fiction and one of cinema’s most indelible images of a futuristic Los Angeles.” – Larry Mantle

The FilmWeek Screenings series – selected and hosted by Mantle – is dedicated to movies set in Southern California. “Blade Runner,” which was loosely based on Philip K. Dick’s novel “Do Androids Dream of Electric Sheep,” was filmed only blocks away from the Ace Hotel in downtown Los Angeles; locations included the Bradbury Building, 2nd Street Tunnel, Million Dollar Theatre, Union Station, Pan Am Building and the Bonaventure Hotel. The Ennis House in Los Feliz was also featured.

In the film, ex-cop and titular blade runner Rick Deckard (Harrison Ford) comes out of retirement to hunt down a fugitive group of human-looking androids called replicants led by Roy Batty (Rutger Hauer). In the process, Deckard meets Rachael (Sean Young), an advanced replicant who causes him to question his work.

Please note that this movie is rated R. This rating requires anyone younger than 17 to be accompanied by an adult. If you have any questions about this or the event, please contact us at events@kpcc.org.