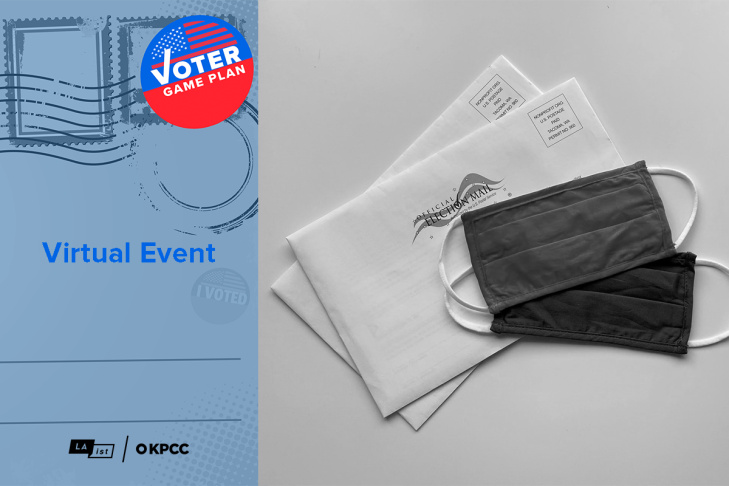 Things are different and there are questions. We're answering them live.

The next election is speeding toward us on a runaway train of rhetoric, doubt, and deterrents.

We have some facts, instead.

Election Day is technically November 3, but early voting starts soon after October 5 when ballots begin shipping out to every active, registered voter in California.

In L.A., we'll be voting on: the next president of the United States, the head of the largest prosecutor's office in the country, affirmative action, a possible rollback of California Proposition 13, and much more.

Pressure is high. But it's 2020, so the intensity doesn't end there. The actual process of voting is also different.

You'll be doing it possibly by mail, or at a new vote center, in the time of a historic pandemic, in the midst of a fury over racial inequity and police brutality, while the Golden State burns in the orange glow of climate change.

Best to figure out the new rules and deadlines now.

Let KPCC/LAist’s senior politics reporter, Libby Denkmann, and panelists be your expert guides to exercising your democratic rights. They’ll help you get prepared with all the whats, whens, wheres, whys, and wtfs of voting — and answer your questions live.

Introvert alert: you can also send them in advance to events@kpcc.org