For only the fourth time in 15 years, a mountain lion has successfully crossed all eight lanes of the 101 Freeway.

Researchers with the National Park Service documented P-55 traversing the 101 near Thousand Oaks last week as he moved north out of the Santa Monica mountains — a rare feat, given that the mountains are completely surrounded by roads and development and pose big risks to lions attempting to travel.

“We’re pretty darn sure he crossed over the [101] road itself,” said Seth Riley, a wildlife ecologist and branch chief at the Santa Monica Mountains National Recreation Area. 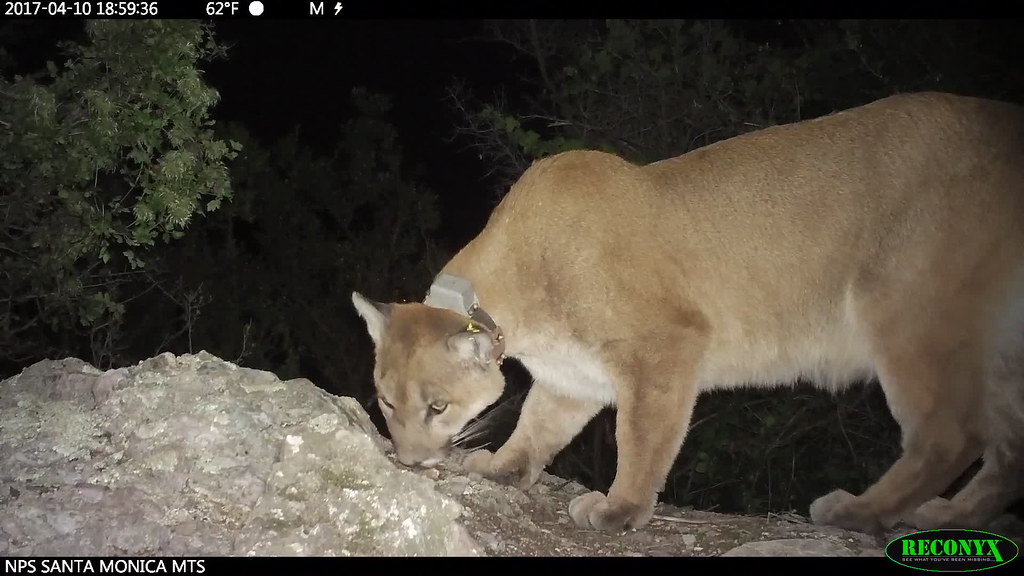 “It was between 12 and 2 in the morning so there was relatively little traffic. But that’s still a dangerous thing, so that’s lucky that he made it.”

Accessibility to and from the Santa Monica mountains is a big problem for the region’s biological diversity, according to Riley. Because it is difficult for mountain lions to get in and out of the mountains into other regions, inbreeding and territorial fights between males are major issues.

Unfortunately, P-55’s successful journey doesn’t necessarily mean there will be more genetic diversity in the Santa Monica mountains. He was moving north out of the mountains, while only new, northern populations moving south would improve diversity.

“But [P-55’s move] is important in that it shows that that’s possible,” Riley said. “Although as I said, it’s been quite rare so far.”

Researchers don’t know much about P-55 yet, Riley said. They just captured him in April, so it is possible that he originally came from the north.

The state Department of Transportation has proposed a wildlife bridge that might help improve genetic diversity in the area for many different species. The department says other states and countries have built similar bridges that effectively improved diversity.