Get ready, Beyhive — the queen herself, Beyoncé, is headlining night two of SoCal's mega music festival this year. She left fans mourning when she pulled out of last year's edition, but promised to return this year. Now, the prophecy is officially set to come to fruition.

The Weeknd will headline night one of the now two-weekend event, while Eminem is taking night three. The two duplicate weekends packed with the hottest names in music are April 13-15 and April 20-22.

For those of you who prefer your music a bit more classic, '90s icons Jamiroquai are part of the night one lineup, while the legendary David Byrne of Talking Heads and classic disco group Chic, featuring Nile Rodgers, both make an appearance on night two.

Who are you most looking forward to on this year's lineup? Check out the full list below and let us know in the comments. 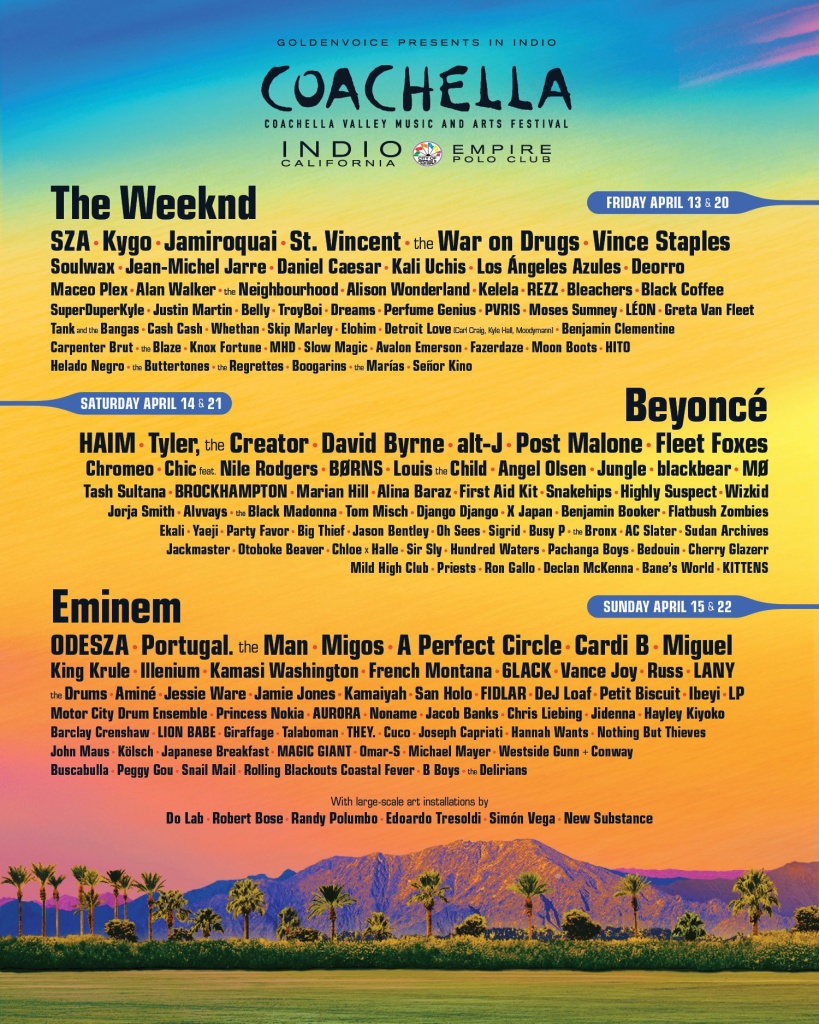