Before Wallace and Gromit, or Jack Skellington, or Gumby, there was George Pal and his Puppetoons.

Today, most people only know George Pal as a reference in the opening song in "The Rocky Horror Picture Show:"

But when worlds collide, said George Pal to his bride
I’m going to give you some terrible thrills,
Like a science fiction double feature.

But in America, where animation invariably meant drawn animation, Pal was a maverick, making the 1940s' only stop-motion cartoon series. "The Puppetoon Movie," by Arnie Leibovit and now out on BluRay, is a warmly nostalgic look at Pal and his three-dimensional creations. 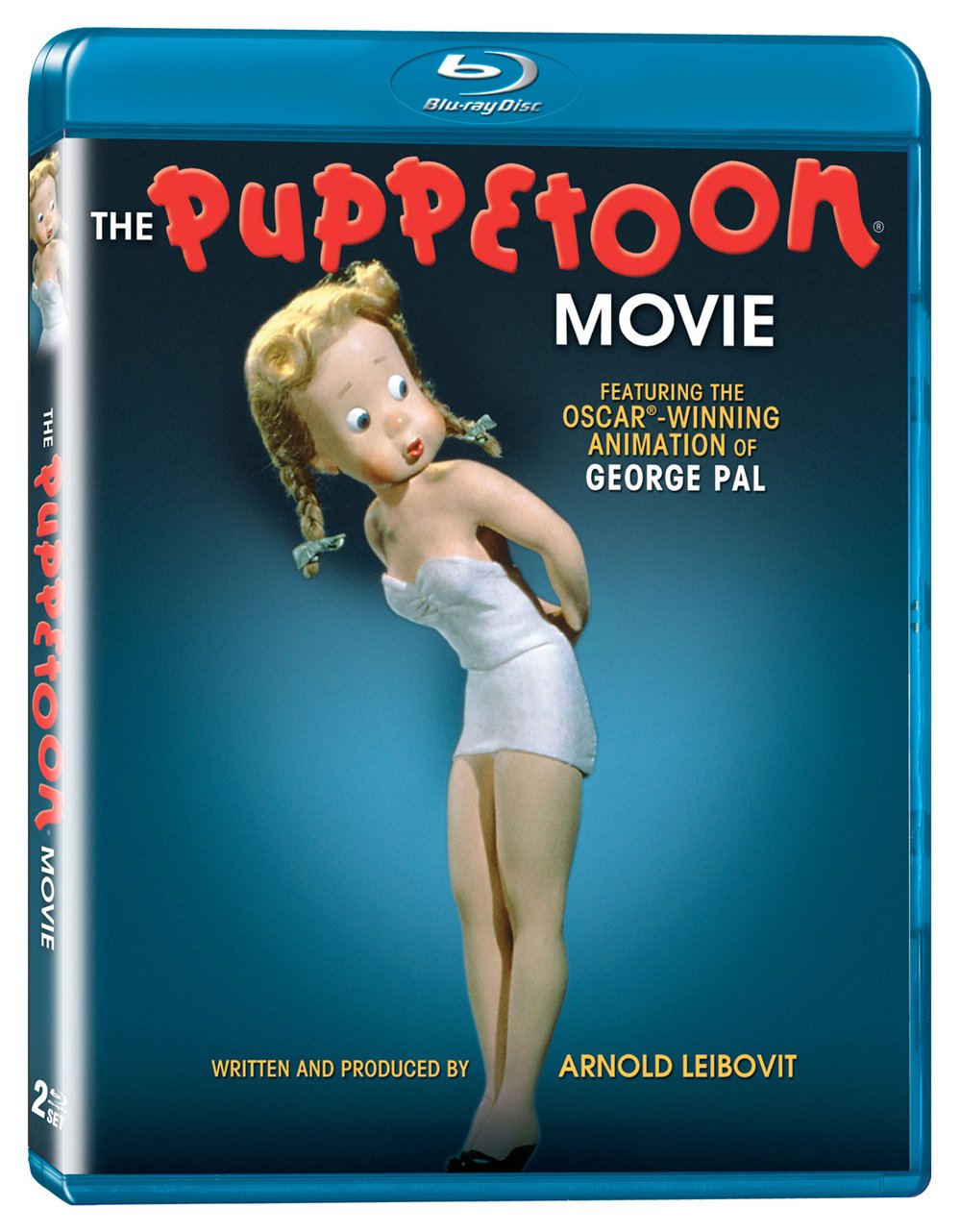 Born in Hungary, Pal worked in Berlin, then Holland. His early films caught the attention of Hollywood — including Walt Disney — and Pal came to the U.S. just ahead of the Nazi invasion. It was an event he depicted in his Oscar-nominated short "Tulips Shall Grow," in which the Screwball Army, a stand-in for the Nazis, is defeated and tulips blossom once again in the free land.

An early George Pal film for Philips in 1938

With their dowel fingers, snub noses and painted eyes, Pal’s wooden puppets suggest folk art sculptures. Instead of manipulating the figures like as most stop-motion animators, Pal sculpted a series of puppets in slightly different positions. He’d place one on a miniature set, photograph it, and then switch that puppet out for the next one. This system created stylized movements that match the ingenious charm of the figures.

During his long career, Pal was nominated for seven Oscars, and in 1943 received a special Academy Award. Many of Pal’s films retain the appeal: "Tubby the Tuba" tells the story of about a little horn who wants to be heard; "The 500 Hats of Bartholomew Cubbins" was one of the first adaptations of a Dr. Seuss story.

But not all Pal’s creations have aged gracefully. His most popular character was Jasper, a stereotypical African-American boy who was lured into mischief by a wily Scarecrow. When civil rights groups complained, Pal made "John Henry and the Inky-Poo," a re-telling of the legend of the steel-driving man, with an African-American cast.

John Henry and the Inky-Poo

Ebony magazine said, "Miracle of miracles, it is that rarest of Hollywood products that has no Negro stereotypes, but rather treats the Negro with dignity, imagination, poetry and love."

Pal abandoned shorts in the late 40’s, and used his stop motion expertise to create special effects in his popular science fiction and fantasy films: "War of the Worlds," "The Time Machine," "When Worlds Collide," "The Wonderful World of the Brothers Grimm," and "Tom Thumb."

The new two-disc Blu-Ray set offers interviews with friends and coworkers like Ray Bradbury, Gene Roddenberry, Ray Harryhausen, and Roy Disney. But the real fun is the large selection of Puppetoons shorts, including the rarely seen "Jasper and the Beanstalk"  — with a Lena Horne-esque singing harp — and "Date with Duke," with rare footage of Duke Ellington playing his “Perfume Suite” for a group of animated scent bottles.

If you’re a fan of "The Wrong Trousers," "The Nightmare Before Christmas," "Corpse Bride," or "Paranorman," watch "The Puppetoon Movie" to meet the ancestors of your favorite characters, and re-discover the legacy of George Pal.

Joe Biden Sworn In As 46th President Of The United States