Sunday, Angelenos lined up by the thousands to get inside an empty art museum.

The Broad museum in downtown L.A. doesn’t open for seven months, but when it announced it would let people get a sneak peek, the $10 tickets sold out immediately. The Broad said by the end of the day 3,547 people had toured the building ... an art museum that, for the time being, is void of art.

What they saw — and what seemingly 99 percent of them photographed on their cameras and phones — was a huge empty room. That's not quite accurate. It was filled with light, sound and people: 35,000 square feet without columns, suffused with warm sunlight filtering through the building’s web-like concrete exoskeleton, bathing Angelenos delighted to be let in on the secret — that is: what's that cool building look like inside?

Having the public appreciate the design of a building without any walls or art to get in the way is every architect’s dream. But remember that the Broad stands next to Frank Gehry’s Disney Hall. That prospect, says architect Liz Diller, was a nightmare. "That’s the first thing we thought," Diller said. "'Oh, s—, how can we possibly talk to that building, being next to that building?' It is one of the great buildings in the world. And so we decided we weren’t even going to try to compete. It had to work on its own merit." 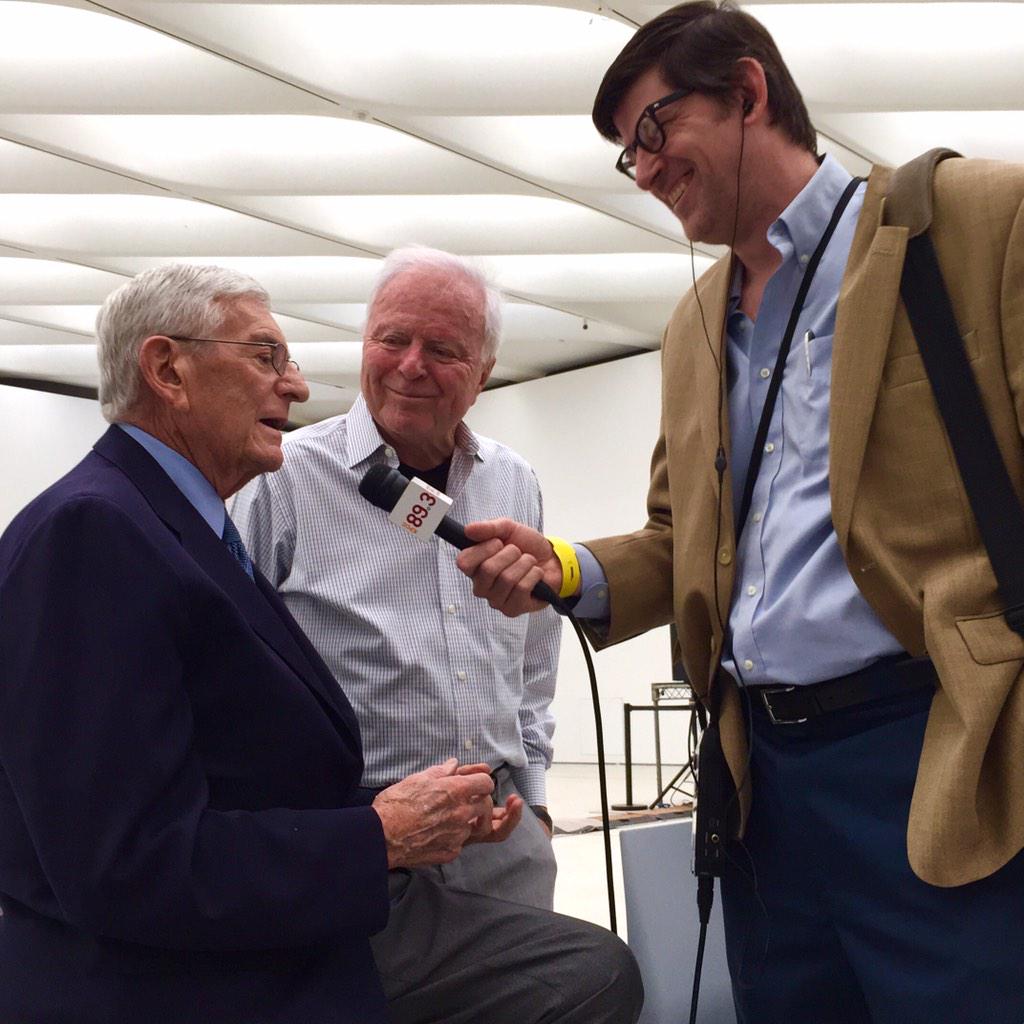 The Broad is named for billionaire Eli Broad, who has also been deeply involved at the Museum of Contemporary Art across the street. The art in the Broad will come from his massive collection of contemporary art. At the sneak peak, where he greeted anyone who wanted to say hello, Broad said, "We’ve got art of the last 40 years, essentially, but if you combine our collection with that of our neighbor MOCA, no one in the world has a better collection of art since 1945."

Most cultural institutions have two big problems: getting the general public interested and bringing in younger audiences. Sunday’s event seemed to address both issues. Or as Edythe Broad, Eli’s wife and the museum’s co-founder, noted, "Not only do I love seeing the people, I love seeing that they brought their children. That’s the future art audience."

The Broad opens for real September 20.