LACMA's 50 at 50 celebration brings in art, raises money and questions

A broken wineglass perched on a curb and a half-smoked luxury cigar in the plants were among the leavings of the big weekend LACMA high-roller blowout that were still visible at the Monday press conference at the museum.

At that conference, with its cold, morning-after air, LACMA director Michael Govan confirmed that the museum’s 750-celebrity, $160-a-bottle-champagne-fueled and Patina-catered 50th-birthday gala had netted the museum $5 million in donations.

More importantly, from the art-lover’s point of view, the media got a preview of the 50 generally very substantial works of art simultaneously offered as birthday honors from big time donors. Actually, many of them were "promised" donations. This generally means, according to LACMA Senior Communications Manager Stephanie Sykes, that they will be given to the museum on the owners’ passing. Of course one knows not when that will be.

So if you want to encounter all of these works of art in the proximate future, the time is now, in the Resnick Pavilion, where they can be seen starting April 26. It will be very much worth the effort.

An ad hoc collection if ever there was one, the 50-50 assembly consists of work in several media created over seven centuries, ending up just about now. There are some real surprises here — it’s not all Old Masters and Impressionists by any means.

There’s a fine collection of circa-1400 Ethiopian iron and bronze crosses, and a roughly contemporary  crucifixion by the Florentine Taddeo Gaddi that shines with inner light. There is a powerful 1600s Bernini bust of a gentleman that somehow evokes the swank and swagger of an 1800s railroad tycoon.

There is a giddy Boucher of Leda and the Swan and an unusual Ingres portrayal of the Madonna (both offered by LACMA stalwarts Lynda and Stewart Resnick), a terrific septet of Whistler engravings, and collections of early Hawaiian photographs and mid-20th-century L.A. posters.

On the modern-classic side of things, there are works by Rosenquist, Klein, Lichtenstein, Segal, Warhol and Hockney. And a vast, transparent red lens by Dewain Valentine.

When was the last time one had seen so solidly a disparate assortment of intriguing to great artworks? Probably never. The LACMA Nifty 50, whenever they all do go on display officially, will not only augment the present museum collection but also increase its breadth and depth and suggest new acquisitional directions in its future.

But a question of that future hung over six of the finest things on display. These included a Toulouse Lautrec, a Vuillard, and Degas’s delectable nude primary study for his famous young ballerina statue. These were offerings from Malibu magnate A. Jerrold Perenchio, representing the 50 works he’s offered LACMA under one condition: that his works be housed in the proposed new Peter Zumthor LACMA building, a 700-foot-long Wilshire-Boulevard-hopping amoeba that'd cost LACMA $650 million. 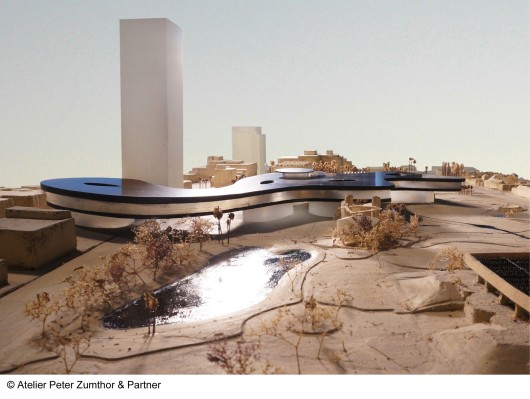 And where that money will come from is a question that still hangs in the air. It amounts to another 130 of these $5 million fundraisers.

Power-Sharing, Reconciliation, Filibuster: Here’s The 101 On The Political Terms Of The Week