"And then, when you think it can't get worse, they bring out the contact lenses — and let me tell you, having a strange woman touching your eyeballs at 7 a.m. is less fun than it sounds." — Collin Friesen on his horrifying experience as a zombie extra

Every other week, we bring you the science podcast for kids and curious adults, Brains On. But, a week before Halloween, there's no On, it's just Brains... because last Friday, Off-Ramp contributor Collin Friesen was a zombie extra.

He can't tell us what the project was, except to say it was a live-action video game production, and he says he was "a glorified extra, but I was really a gore-ified extra because they put a lot of makeup on you." To crib from David Foster Wallace, it was A Supposedly Fun Thing He'll Never Do Again.

These are the highlights of our interview — click the arrow above for much more.

Walk us through the process.

It starts the day before — they don't want you to shave, because zombies have a little scruff. You get to the set, head to wardrobe and they put clothes on you that look like they are rotting right off your body and feel like you are wearing a burlap sack. I was dressed as what I can only describe as a middle school guidance counselor... but one who wants to eat his students.

1968 Trailer: "Night of the Living Dead" - still the scariest

Then you have an hour and a half in makeup. They glue — with kerosene scented surgical glue — latex foam prosthetics onto your stubbly face to build out your skull, paint you up with more makeup, and more makeup, and grease up your hair, and spackle your exposed parts with a sponge. I felt like a bad home renovation project.

And then, when you think it can't get worse, they bring out the contact lenses — and let me tell you, having a strange woman touching your eyeballs at 7 a.m. is less fun than it sounds.

Did you get acting training?

I thought there would be — I had read about the Walking Dead school they have for all the zombies on that show, but people are so immersed in zombie culture that we really didn't need any training.

Everyone knows No Frankenstein Arms.

But one guy was way more into it than anyone else — he had sent in a tape of himself zombie walking for his audition, and he explained to everyone his five-point checklist for being the best zombie:

I forgot the other two because they had pretty good craft services and I just walked away.

Our jobs were to be stupid on purpose. We're zombies. We were all tired, hot, itchy, and it was pretty easy to develop a real hatred for the actors we were chasing who weren't done up in all these prosthetics while we had to use a fork to scratch our faces. I was willing to bite someone.

But like most extra work, it was a lot of waiting and trying to look scary while blending into the background at the same time. It was a really unique experience that I don't need to do again. 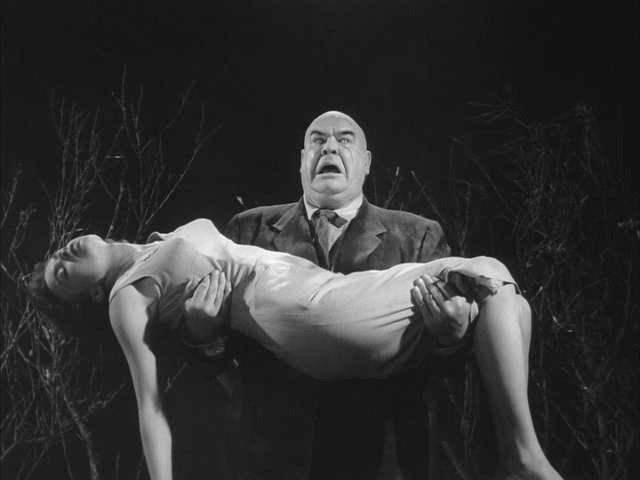 What were the biggest takeaways from your day as a zombie?

I learned three things I did not know before: