Archbishop Jose Gomez's vision of 'Immigration and the The Next America'

Airs Weekdays 2 to 3 pm
Join Take Two each weekday at 9 AM where we’ll translate the day’s headlines for Southern California, making sense of the news and cultural events that people are talking about. Find us on 89.3 KPCC, hosted by A Martinez.
Become a KPCC Sponsor
Take Two | August 5, 2013 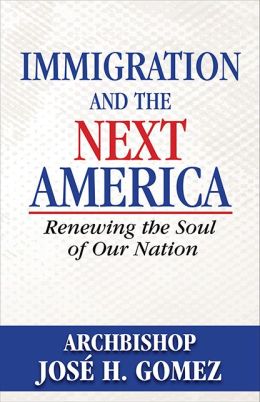 Two years into his tenure as the head of the country's largest archdiocese, Gomez has written a book, "Immigration and the Next America," outlining his thoughts on immigration, including a call for a path to citizenship.

Tess Vigeland sits down with the archbishop at his offices in Koreatown to talk about his views and his own immigration story.

On his own immigration story:
"I was born and raised in Monterrey, Mexico and I came to the US after being ordained a priest, but my family on my mother's side has been in this country since 1805. I have a lot of family here. My mother grew up in San Antonio, TX. Finally, her family moved to Mexico, where she met my father. They got married, and they moved to Monterey in the '50s."

On the inaccuracy of the American story:
"My point in the book is that we need to also know how the beginnings, especially in the southwest and southeast, happened. The first missionaries came to this country in the 16th century, and they were here in the 17th and 18th centuries as well. In the state of California, we had 21 missions that were founded by the missionaries who came here in the 1700s. They were building up society. They provided, besides the religious side of the ministry, some basic foundations of society like forming communities to learn about the culture. My point is that the fact that our history talks about what happened in the northeast with the pioneers. There is also the southwest, or the south in general, that was part of the origins of our country."

Why he thinks the issue of immigration is so divisive:
"I think it's mostly a lack of knowledge of who these people are, the new immigrants coming over. There's things that are difficult for all of us, like language. If we can't communicate with the new immigrants, it becomes much more difficult. Also, their culture. They don't do things in the way that we do things. Also the reality of terrorism. Since 9/11, we all have the sense that we need to protect our borders, protect our country and avoid anything that comes close to another terrorist act, which makes sense, that's what we want to do. As a matter of fact, the Catholic Church teaches that countries have the right to protect their borders."

On the balance between the right to migrate and national sovereignty:
"I think we have to find the best way to do it. No matter what we do, given the reality of society at this time, people are going to move. In the old times, it was more difficult to move from Europe to America. Now, you just take a plane and you're there in a few hours. I think, in the past in the U.S., we've been able to find a good balance. Now, because of the reality of the global economy and the movements of people has changed, it seems to me that we have to find a new way of allowing people to move in a sensible way. Trying to protect the dignity of the human person and the unity of families."

On what happens without the reform:
"It will be a big disappointment for millions of people, and we will continue to have a lot of people in the shadows who are living in fear. Another consequence will be the continued disintegration of families, and that's not what our country is all about. It's about the equality of people, the pursuit of happiness, the support of families, that's what would be ideal for our country. Also, I think it will make a big impact in our economy. The immigrants here make a huge contribution to our economy, just by their work. I hope and pray that we can find a way to have immigration reform for the good of our country. I have a lot of optimism and hope, and I think that it's going to happen."

Could Importing Seawater Save The Salton Sea? We Discuss The Implications