Follow our investigation by subscribing to KPCC's podcast Repeat here.

KPCC's investigative reporting is a resource provided by member-supported public radio. We can't do it without you. 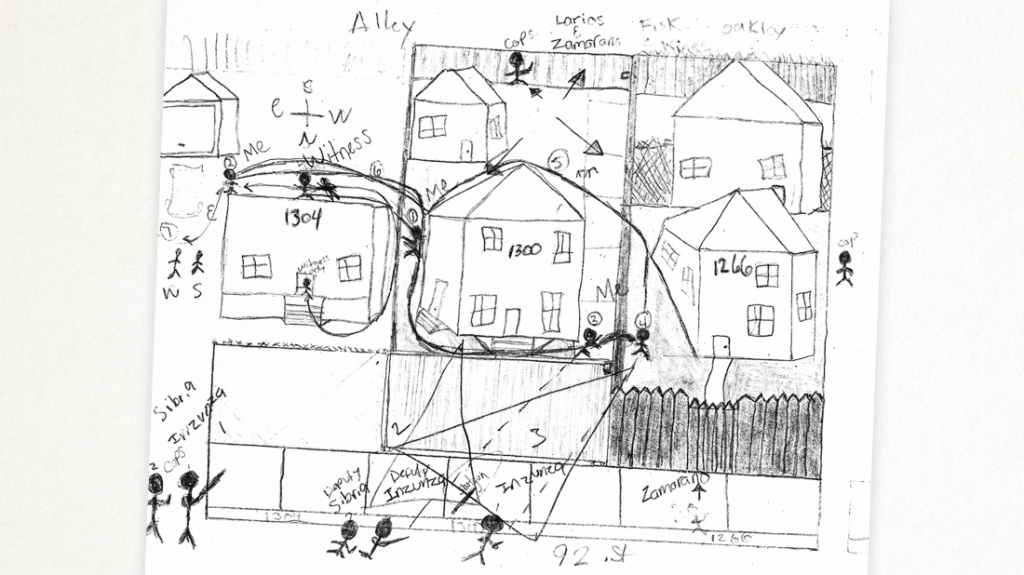 A Burglar Accuses an Officer

On the morning of April 4, 2011 a Los Angeles County Sheriff’s deputy shot a suspect who tried to run from the scene of a burglary. The deputy told investigators the burglar pointed a gun at him. The burglar, who later pleaded guilty, claims the officer planted a gun to justify the shooting.

Investigative reporter Annie Gilbertson combs through the evidence in an effort to piece together what happened that morning. 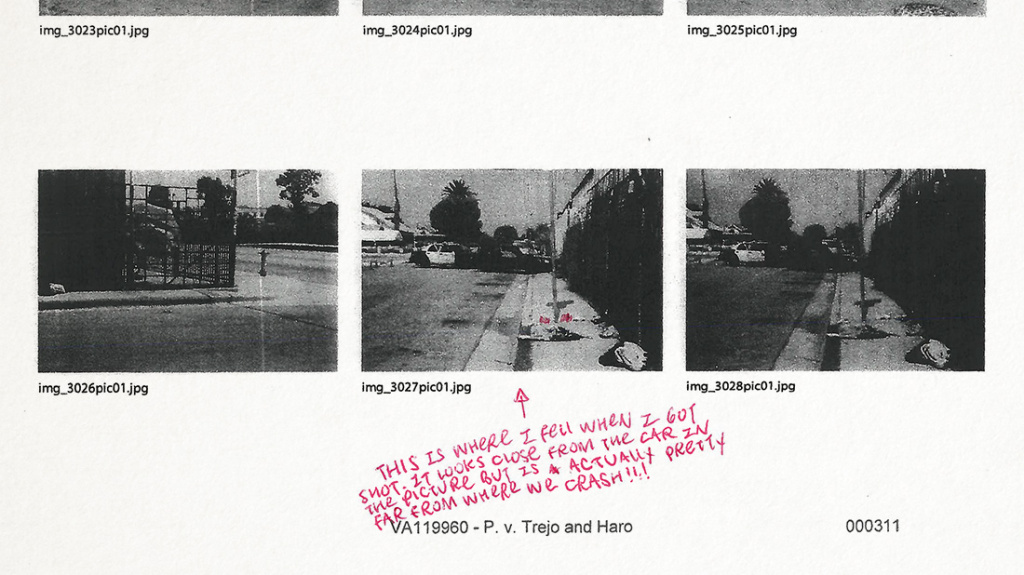 A series of photos from the shooting scene of Alejandro Trejo and Julio Haro, two of the men shot at by Los Angeles Sheriff’s Deputy Gonzalo Inzunza, including a handwritten note from Trejo.

Los Angeles Sheriff’s Deputy Gonzalo Inzunza shot at four people in seven months — a cluster of police shootings like few others in Los Angeles County. Each time, Inzunza said he feared for his life, and each time officials found Inzunza was justified to shoot. But three of the men who were shot at tell a different story. They claim Deputy Inzunza either shot without provocation or lied to justify his shootings.

Reporter Annie Gilbertson heads to the home of Deputy Inzunza to ask about his shootings and digs into the background of the men he shot at. 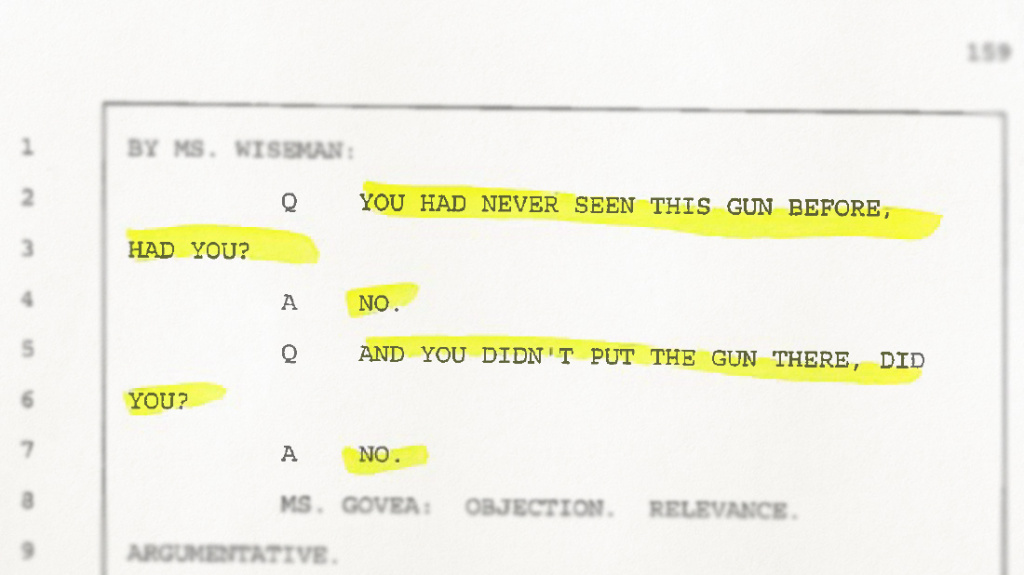 A portion of the transcript from Los Angeles County Sheriff’s Deputy Gonzalo Inzunza’s testimony at a hearing in the criminal case against Tennell Billups.

All four of the men Los Angeles County Sheriff’s Deputy Gonzalo Inzunza shot at were accused of a crime. Tennell Billups believes law enforcement purposefully sought trumped up charges, making Billups look dangerous and Inzunza appear as though he had to shoot. Did the evidence back the men’s claims?

Reporter Annie Gilbertson scours statements from deputies who witnessed the shooting to figure out what they saw the day Billups was shot. She unearths startling details about Billups’ past, further complicating the question of what happened. 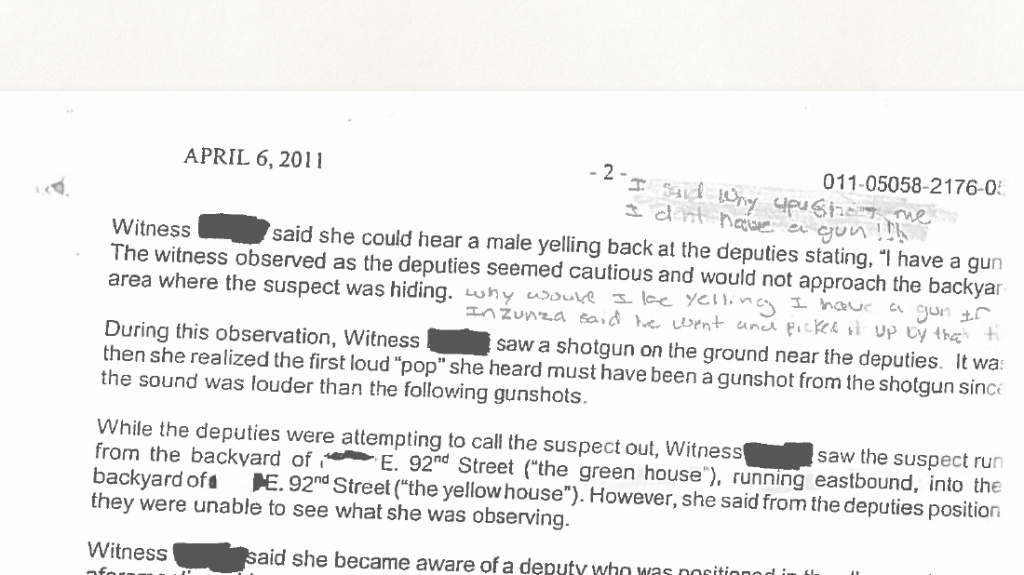 A portion of the report prepared by Los Angeles County Sheriff’s Department investigators about the shooting of Tennell Billups, including handwritten notes from Billups. Some of the names and addresses have been redacted.

The Los Angeles County Sheriff’s Department investigates its own officers’ shootings —a common practice in California. Officials are adamant that their investigations into police shootings are impartial, highly supervised and beyond reproach.

Reporter Annie Gilbertson talks to an investigator assigned to one of Deputy Gonzalo Inzunza’s shootings about discrepancies in the case. Along the way, she discovers some troubling details. 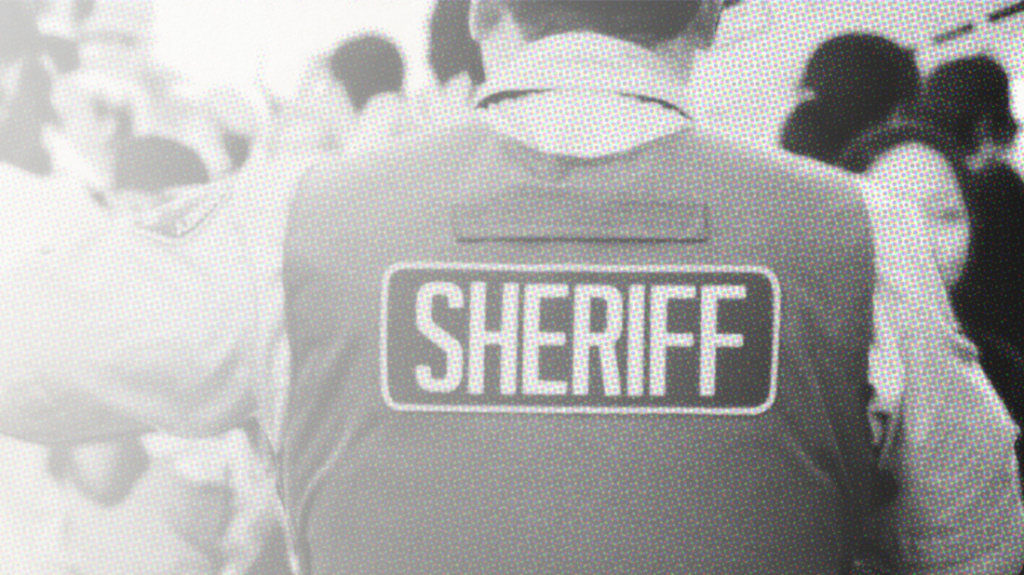 One of the nearly 10,000 officers at the Los Angeles County Sheriff’s Department. Experts say most officers will go their entire career without shooting anyone. Those with three or more shootings are the exception.

Sheriff’s department lore holds that certain deputies are magnets for specific types of crimes — so called “shit magnets” — such as frequently finding suspects with guns.

Reporter Annie Gilbertson finds the sheriff’s department is tracking deputies with multiple shootings, and she raises the question: should repeat shooters remain on patrol?

Excerpts from a Los Angeles County District Attorney charge evaluation worksheet. The D.A. declined to file domestic violence charges against Deputy Gonzalo Inzunza,commenting in its report that the victim said she “was irritated because she had just started her menstrual cycle.”

It often falls to local law enforcement to decide what use of force is reasonable and when officers cross the line. Acceptable conduct can differ depending on where you live.

In California, much of the work of police accountability — from the internal investigations to details of the findings — is kept hidden from public view, some of it by state law. There are some who believe the public is not equipped to understand police behavior. But are these secretive laws protecting officers and their public employers from scrutiny?

Reporter Annie Gilbertson takes what she’s learned about Deputy Gonzalo Inzunza to Los Angeles County Sheriff’s Department officials, who promise to review his conduct. Annie does her own review, looking for clues that may point to how officials have determined what level of force is acceptable.

The inspector general of Los Angeles County tells his people to listen to the podcast and look into the questions raised. Sheriff Jim McDonnell is up for re-election, and Deputy Mike Coberg is supporting his opponent. Tennell Billups is transferred to another prison.

If you have feedback or a tip for the Repeat team, write to us at repeat@kpcc.org or join our Facebook group.